Christmas String ~The Day the Fingers Were Locked~ 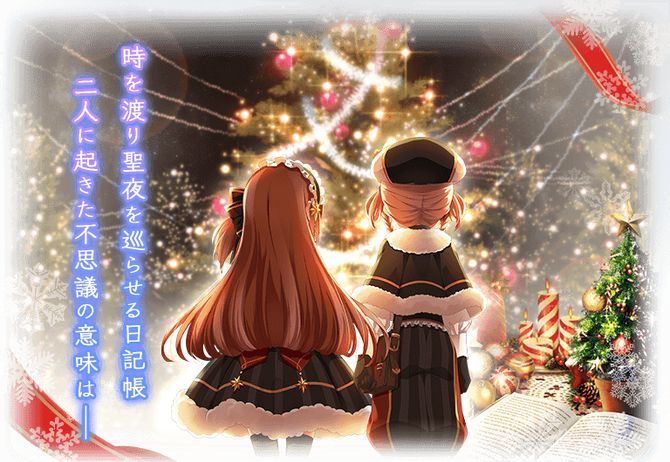 3. There are 4 stage types in this event:

1. Players must use a team of at least 3 of their own Magical Girls (no supports) to challenge each battle.

2. Each battle consists of a single high-difficulty wave of opponents. The aim is to defeat the wave in as few turns as possible.

*Note: This skill seems to be glitched. It may be activated multiple times and may not actually take effect.

This Mission will be available from the Daily Missions menu once every 24 hours.