Halloween Castle of Prayers and Funeral

View source
watch 02:19
Wiki Targeted (Games)
Do you like this video?
Play Sound 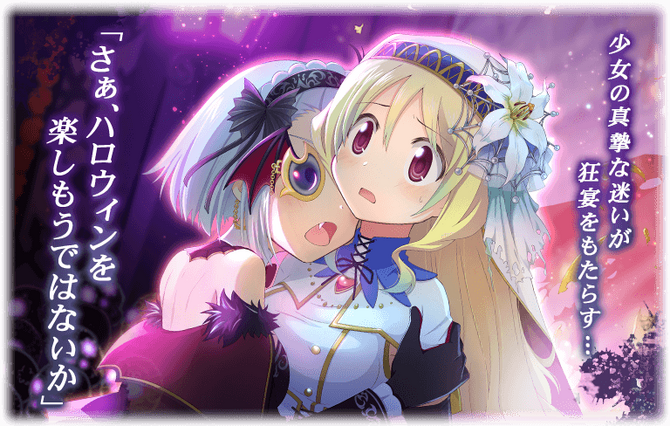 1. Rather than individual quests, this event takes place on "board" areas with multiple nodes. Players travel across the board to reach the Final Boss, picking the optimal path for obtaining items and maintaining their HP/MP.

2. Entering a board costs 1 Challenge Point (CP), not AP. CP restores at a rate of 1 per hour up to a maximum of 5. Players can also obtain CP Potions from the Event Shop or by completing Event Quests, which fully restore CP. Only 1 CP is used per board, regardless of how many battles are fought on that board. Unlike AP and BP, CP isn't restored due to ranking up.

3. Before entering a board, players must select their team of up to 5 of their Magical Girls plus two "standby". Once on the board players can move their standby Magical Girls to the team and vice versa, but cannot make any other changes to the team. There are no Supports in this game mode.

4. Each board is made up of several types of nodes linked in at least 2 paths with potentially more branches:

Once on a board, players can review it to determine which path they want to go down.

5. Magical Girl HP and MP carries over between battles, meaning players must keep an eye on these as they progress across the board. Players also get 5 HP potions a day that can be used to restore the health or revive a member of the team.

6. Memoria act as they do in Mirrors, with a 1/2 cooldown at the start of each battle. 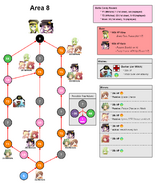 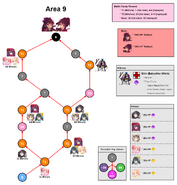 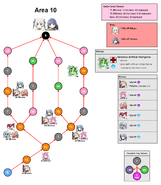 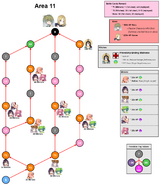 Note: This battle has a limit of 3 turns

Players only need to reach and defeat the area Boss to obtain the Board reward; it is not neccessary to clear every node on a board, however it is recommended to replay areas and complete all node battles to receive individual battle rewards.