KAMIHA☆MAGICA (JP: カミハ☆マギカ) is an idol group in the Magia Report universe. They are based in Kamihama City and are produced by Madoka P.

The first mention of a group consisting of the talents of the many Magical Girls of Kamihama City first appears in Magia Report Season 2 comic #87 when for no particular reason, Madoka-senpai decides to create an idol group. There isn't really any explanation or context beyond that PAPA wanted to hijack the game's JP server 2nd anniversary; we're not really sure if it worked or not.

The 5 Magical Girls who would make up the original group were scouted over a period of several strips, namely numbers 87, 90, 93, 95, and 97. In keeping with the tradition of Madoka-senpai doing whatever she wants with no real regard for logic, the group was created through a variety of recruitment methods:

As their first order of business, the group created a Memoria to commemorate the 100th comic of Magia Report Season 2. They were paid in Support Points for their services.

Early on, the group first established goal is to become the #1 in Kamihama City. Rena-chan gives a lengthy demonstration in comic #105 as to why this is long shot.

In comic #110, the group...actually, we're not really sure what's happening in this one...

The group finally released their first song on April 2nd, 2020, Kanaechao, which corresponds with their first event in the real Magia Record universe, KamiFest: Kamihama Idol Festival 2020. Rena-chan takes the lead on this event with her new Idol version; as a 4-star Magical Girl it is guaranteed that Iroha-chan will not be able to pull her from the Gacha.

Just for the Record...

The group's actual music is performed by the voice actresses for each group member: 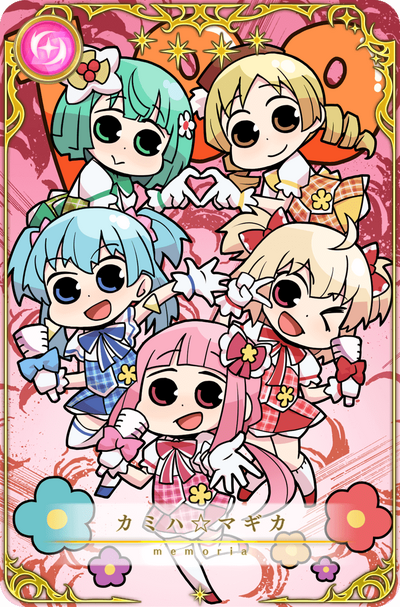 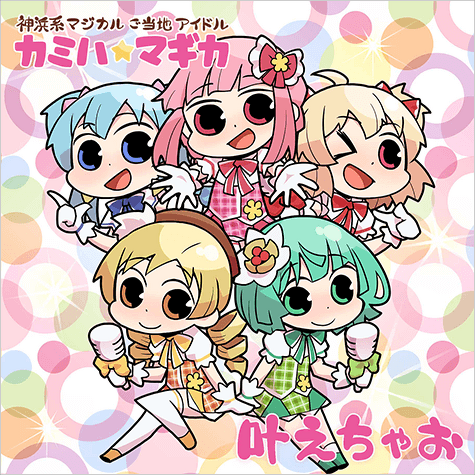 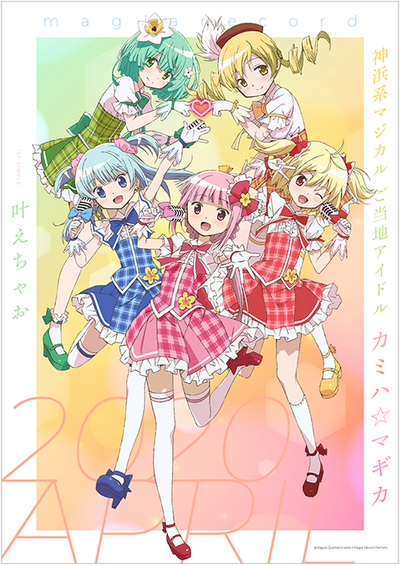 Retrieved from "https://magireco.fandom.com/wiki/KAMIHA_MAGICA_(Group)?oldid=62421"
Community content is available under CC-BY-SA unless otherwise noted.