Mirrors Ranking is a week-long PVP tournament, where players pit their Mirrors teams against other players' teams with the aim of achieving the highest rank possible.

Only the current season is displayed. For previous seasons see Mirrors Ranking/Archive

1. At the start of each day, the Mirrors Ranking button will unlock on the Mirrors screen.

2. Just like in normal Mirrors, players are given 3 opponents to choose from. Opponents are selected from players with similar points totals to the player.

3. Players can challenge a fixed number of opponents each day. Once all the battles have been completed, the Mirrors Ranking screen locks again until the next day. Try to win all of the day's battles to increase points.

For each battle, scores are determined by whether a player wins or loses, and what bonuses were achieved. The final score is the sum of all battle scores throughout the tournament.

The calculation also takes into consideration the use of Skills, Magia/Doppel, team strength/HP, and turn count.

Players gain 1,000 points for a win. The following multipliers are then applied:

Players gain 300 points for a loss. No scoring bonuses are applied.

Players receive 1 Ranking Medal and 2 Mirror Coins for a loss.

There are two parts to the tournament:

Players who achieve Rank B1 or higher can choose to have their rank appear on their support list entry.

To score a particular rank, you must place in the following % of players: 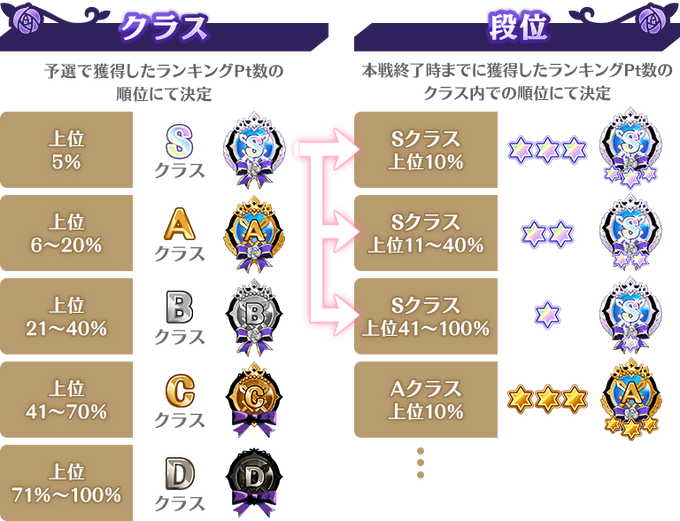 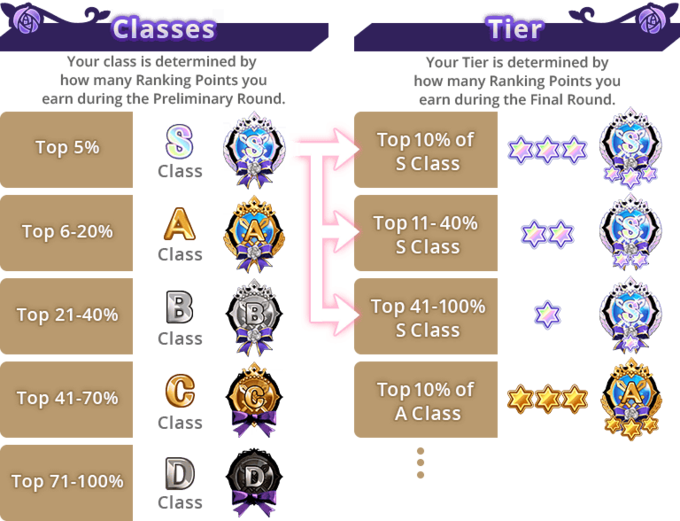 To help players track their progress, at the start of each day players are shown their current standing based on the previous day's results.

Players are awarded Mitama's Medals based on their rank bracket after day 5:

Note that quantities and prices may vary between seasons. For the Mitama's Medal shop see Shops